This plugin contains instruments for SignalK designed to run in a browser on a tablet or laptop. The instruments are specific to sailing rather than motoring and are aimed at helping the helm hit performance targets. The majority of stats are calculated in the application itself. Full instruments can be constructed using components, which self register with a stream of data. At the moment the instument layout is hard coded, but longer term the plan is to make it all browser configurable.

The outer magnetic heading rose is configured to be north up and has a ground wind direction (G) and a opposite tack (O) direction maker, the values of which are calcualted real time. The outer ring can also be head up. The inner ring is relative the boat also north up or head up, shown in north up mode. It points to the magnetic heading. The L marker marks leeway calculated internally. A is aparent wind angle and T is true wind angle. the small VMG marker is the target twa to achieve maxkimum upwind or downwind VMG based on the polar performance of the boat. This is loaded from a polar file, in json form, currently set to a Pogo 1250. The lines going towards the center are TWA and AWA history. Round the outside various databoxes give speeds, target speeds, polar performance etc. Going up wind the aim is to keep the T marker lined up with the VMG marker, which will give the boat maximum performance and acceleration as it exits a tack and brings AWA forwards.

All the instruments were SVG based, although this resulted in high CPU loads, so they are now HTML5 Canvas elements layerd on top of each other to minimise the CPU load on the bowser and extend battery life as far as possible. With the wind instruments only a few lines are redrawn on each update.

In addition the layout and settings can be configured. These are currently saved to local storage so survive restarts. A Raw view is available to make changes to aspects that cant be changed in the UI. 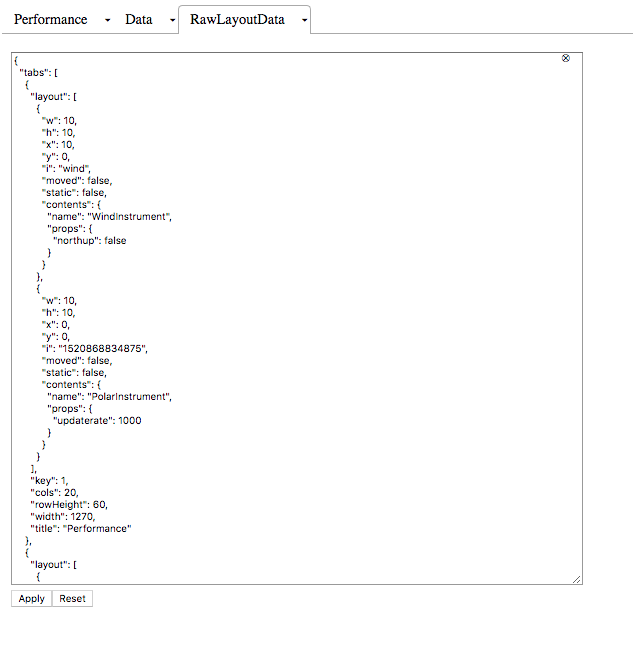 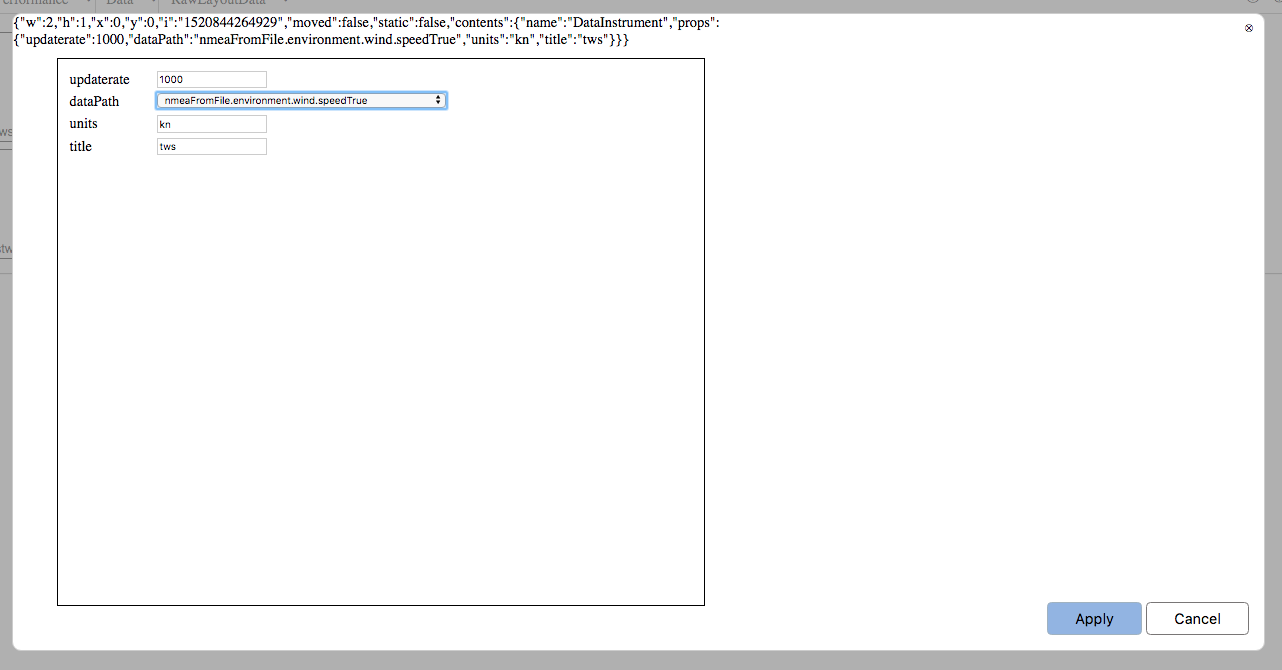 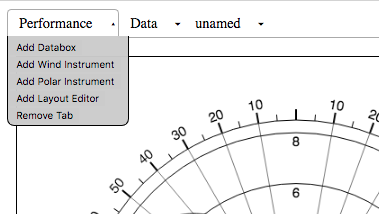 Each sail needs to be represented as a surface on a TWS vs TWA area, could be optimised into cells with list of preferences. http://bl.ocks.org/bycoffe/5575904 d3js allowing drawing a polygons and performing point in polygon.

Route and Waypoint information - required for next leg planning.

Chromebooks have a SD card reader built in and some Tablets might also, upload of GPX might be viable.

Some MFDs might use standard protocols, eg SMB. LightHouseII is Linux on ARM with a Qt UI. ssh and sftp ports are open, GPX normally stored on the SD card, however no user logins available. PlotterSync is closed and proprietary to Navionics bundled as a native library inside the MDF and apps. Probably uses ssh or sftp so again, without a user account there is no way of using that.

Polars can be put in dist/polars/name.json where name identifies the model of boat. The format needs to be json the same as src/componsnts/calcs/polar/pogo1250.js (but as json). There is a TODO to allow loading of Polars from the SK schema, however that needs conversion to the internal format to work.

With a Ray iTC5, i70s, EV-100,ACU, MFD the Raymarine Can bus has the following. This application tries to derive its data from these settings so that it works without additional derived data in the server.

On the server I use the derived data performance plugin and the Prometheus Signalk exporter plugin feeding a local Prometheus instance which also captures OS level stats on the performance of the Raspberry PI as well as all NMEA2000 data. This allows longer term monitoring of both the Pi operations and boat performance. Here is an example dashboard in Grafana. For full details on setup look at setup/README.md 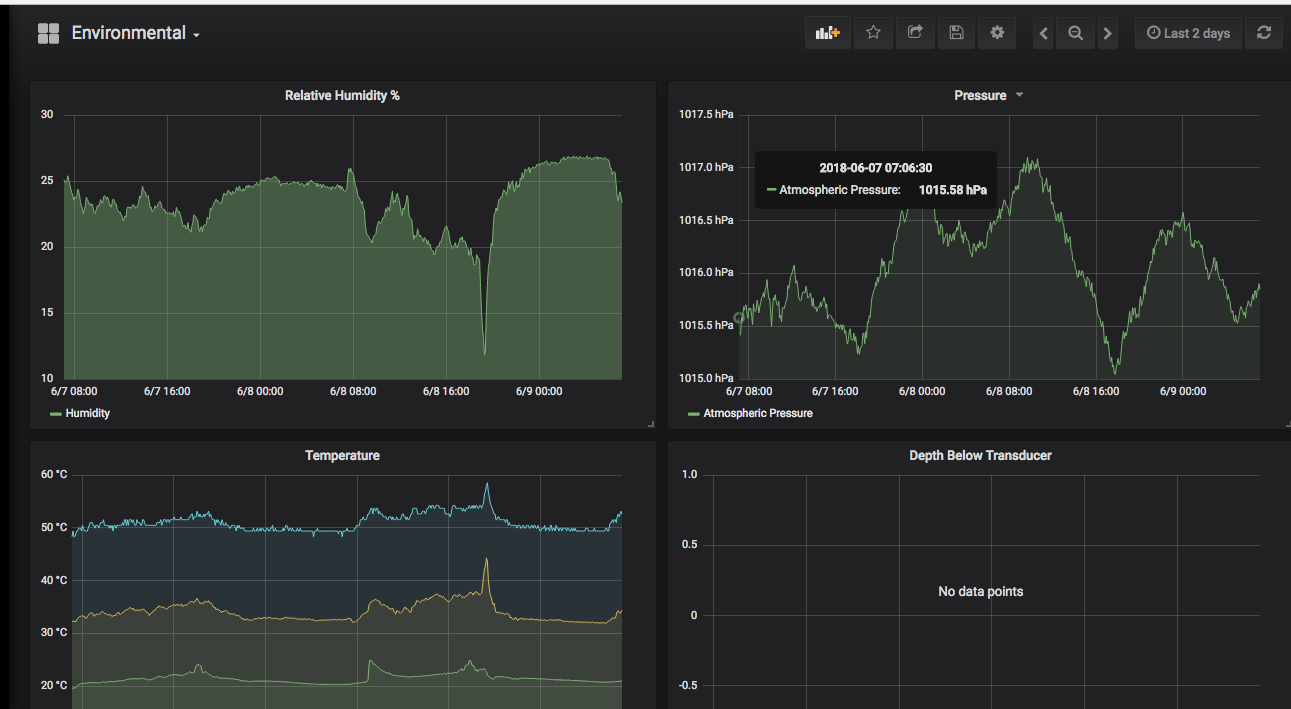 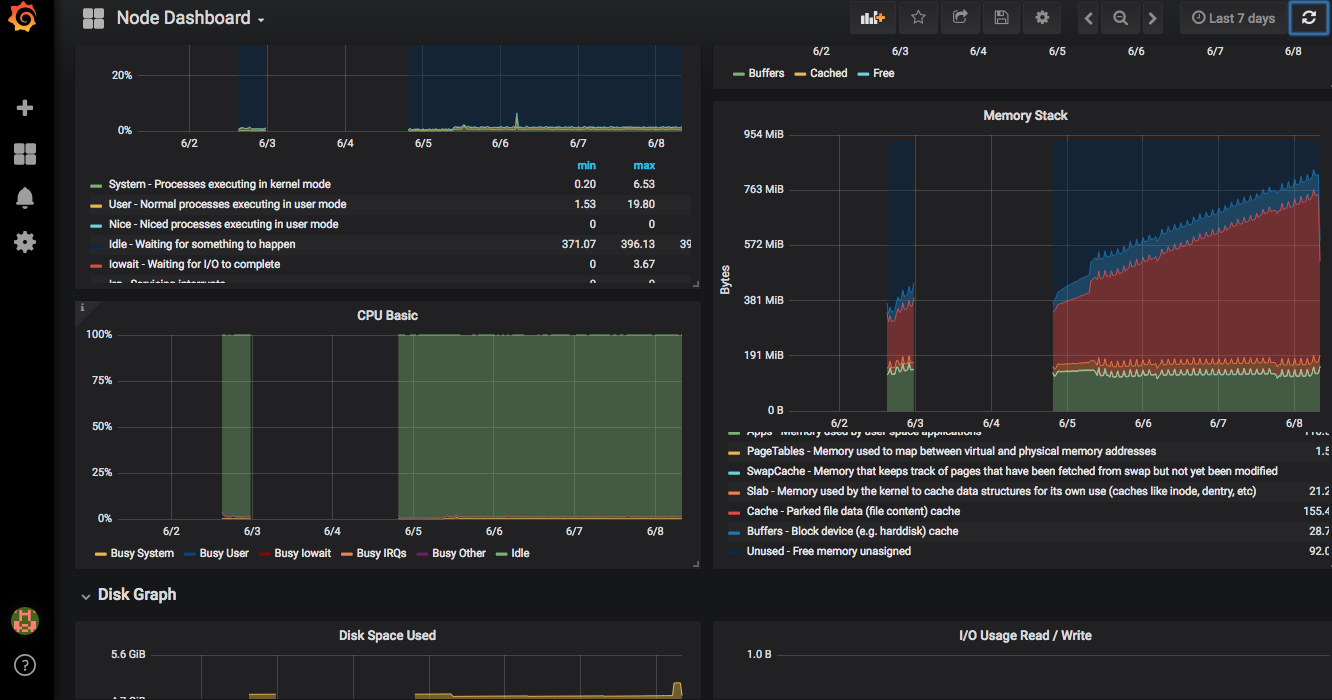